One very significant category has been conspicuously missing from the luxury brand’s offerings, though: skincare. In 2006, when Tom Ford reached beyond his fashion foundations to launch an eponymous empire that included fragrances and, come 2011, makeup, it emerged as one of the most coveted names in beauty. But now, more than a decade later, Ford is expanding his partnership with Estée Lauder to launch Tom Ford Research. 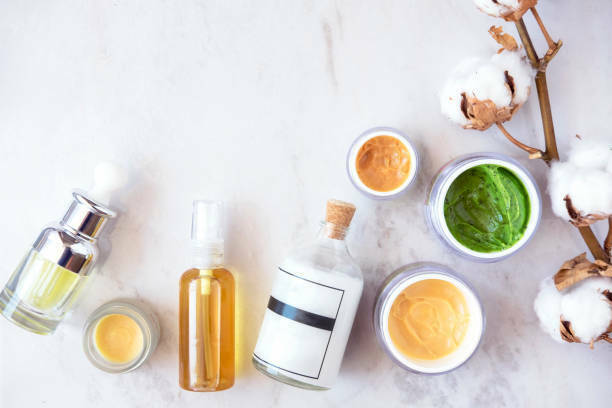 “I wanted to start a serious skin-care arm and have it be science-based. This is a real skin-care product and regimen,” Ford told WWD in a new interview about the upcoming debut, ensuring consumers they’re not just splurging on something that will look lovely on their vanities. “I’m not a designer who has thrown his name on a beautifully packaged cream.”

So, to ensure his new skin-care products were being formulated with a commitment to science, Ford requested and received his own dedicated lab from Estée Lauder. After 75 different trial concoctions, its first two creations — Serum Concentrate ($350) and Crème Concentrate ($450) — are mere weeks away from debuting in the U.S. at Tom Ford locations and Saks Fifth Avenue, WWD reports.
Trending Now

Both products rely heavily on caffeine from a Japanese green tea called gyokuro and the rare white porcelain cacao. “Years ago, a dermatologist told me that the best thing for puffy eyes was moist tea bags. Every time I did it, I noticed that it also moisturized my skin,” Ford told WWD, explaining why so much of the brand’s research was focused on caffeine.

There’s much more to the product than caffeine, though; Ford tells WWD that the products also contain AHAs like glycolic and lactic acids, peptides, and hyaluronic acid.

If you’re worried that this new launch means Ford is taking his eye off the ball in the beauty categories he already thrives in, don’t. A new fragrance called Métallique just joined his iconic collection, and you can find the floral aldehyde — a first for the brand — at Sephora, Nordstrom, and Neiman Marcus.

Here Are the Skin-Care Terms You Actually Need to Know

Here Are the Skin-Care Terms You Actually Need to Know