“Chronic stress wears on tissues and blood vessels to cause disease,” explains Vivek Murthy, former U.S. surgeon general and a senior fellow at Well Being Trust. “I have come to believe that emotional well-being is the foundation on which we build everything else in society.”
“Our health is directly connected to our living conditions, and our living conditions are almost directly connected to our ability to make changes in our lives,” said Jeanne Ayers, Wisconsin’s state health officer, and administrator. “So, to create a healthy community, we need to figure out how to build power to make a change and how to end structural inequity and racism.” 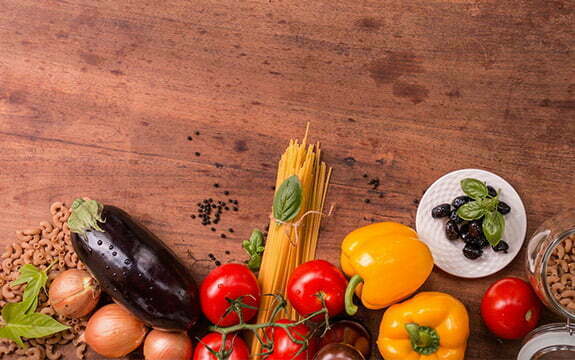 Every year, the U.S. spends $1 trillion to treat diseases that are byproducts of poverty, says David Erickson, director of community development at the San Francisco Federal Reserve Bank. Looking at health through the lens of economics, he sees that there are buyers of health (patients, insurance companies, HMOs, the government) and producers of health (a long list that includes affordable housing, good schools, prenatal care, good nutrition, parks, walkable communities, youth sports leagues, and much more).

“The trick is to connect the buyers and the producers,” Erickson says. He points to the fact that some hospitals around the country are building affordable housing for the homeless with the idea that it will be less expensive than paying the Medicaid costs of emergency room visits by people living without shelter.
The idea of improving people’s health by addressing living conditions in their communities goes back to the 19th century. Public health campaigns to improve sanitation and eradicate epidemics have saved millions of lives. The healthy communities movement seeks similar breakthroughs by fixing what we know are social causes of poor health—poverty, racial and economic inequity, social isolation, acute stress, poor nutrition, physical inactivity, and detrimental personal behavior.

“We now know a lot about what works to improve health, as well as what’s not working,” the trust’s Norris says. “When you know what works to create positive outcomes, it’s unethical not to use this learning to make things better.”

Another emphasis for the community health movement is that 1 in 4 Americans experiences a mental health challenge in any given year— the highest rate among countries in a study conducted by the World Health Organization.

“We are in the midst of a full-blown mental health crisis, and there is no neighborhood that isn’t touched by it,” says Chirlane McCray, New York City’s first lady and founder of Cities Thrive, a national coalition working in communities to raise awareness of the problem and expand resources for those in need. Although insurance companies and government agencies often balk at paying for psychological and substance misuse services, McCray points out, the costs of untreated mental illness such as crime, family disruption, and job loss are far more expensive over the long run.

A major study from the Trust for America’s Health and Well Being Trust, co-funded by the Robert Wood Johnson Foundation, documents the alarming rise in “deaths of despair”—1 million American lives claimed by drug overdoses, alcohol misuse, and suicide between 2006 and 2015. Follow-up research shows that deaths of despair among Americans ages 18 to 34 have climbed precipitously over the past two decades, including a 400 percent increase in drug-related deaths.

Basic needs for health and safety: Personal safety, nourishing food, freedom from discrimination, and healthcare access are essential to our survival. To create a foundation of well-being for all Americans, reducing racism, sexism, substance misuse, acute stress, bullying, crime, and domestic violence is crucial.
Meaningful work and wealth: An adequate income is critical to staying healthy, and meaningful work is central to a satisfying life. Long-term health depends on everyone enjoying guaranteed work paying a livable wage (and adequate income for those who can’t work), as well as increased opportunities to become entrepreneurs, join cooperatives, and form unions.

America is experiencing a ballooning housing crisis as a third of Americans spend at least a third of their incomes on shelter. Everyone deserves an affordable home in a safe, healthy community.
Healthy environment: Clean air and water, protection from toxic chemicals, access to green spaces, and walkable neighborhoods are critical to ensuring the health of the planet and our families.

Numerous medical studies show that strong social ties boost our health as much as diet or exercise. This means a robust sense of community fostered by lively public spaces, vital social institutions, and other avenues for public engagement is a basic ingredient for better lives.
Lifelong learning: More than ever, education is the ticket to a healthy, stable life—which means those who attend under-resourced, low-performing schools suffer a severe disadvantage. Investing in educational opportunities for all Americans—including debt-free college and vocational training—will pay off in social, economic, and health dividends.

For Healthy Communities, Look Beyond Diet and Exercise