by Bernice K. Miller
in Yoga
0
Summary show
North Beach Haven —
On his upcoming pilgrimage, he will be taking his 12-year-old son.
His style of teaching is based on practical applications of teaching.

There are some 15 yoga studios on LBI and in Manahawkin. On any given summer day, there are literally dozens of yoga classes for all manner of exercise and spirituality. There’s yoga for recovery, beach yoga, and even yoga with baby goats.

But of all these, the one coming up at Yoga Bohemia in North Beach Haven seeks to reach particular depths. 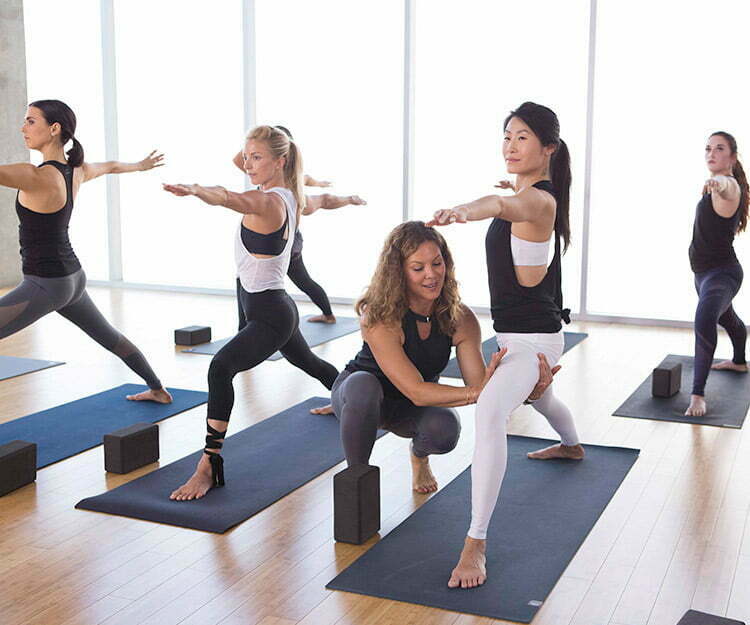 On Aug. 3, yogis will have an opportunity to spend a full day retreat with the world-renowned Raghunath Cappo. As he describes it, it’s much more of a journey than a course.

Raghunath will teach a very physical Asana class followed by a four-hour Bhakti immersion. The day will end with a sunset drum circle and kirtan at Bayview Park featuring Rock & Ram Kirtan Band.

Raghunath’s journey has been a particularly unique one. Before becoming a yoga instructor, he was known around the world in the subculture of hardcore punk.

A native of Connecticut, in 1988, he founded the hardcore band Youth of Today, which was an NYC straightedge band celebrating a lifestyle of youth who eschewed drugs and alcohol. They championed clean living and a vegetarian diet. He started Revelation Records, which had an equal impact on the world. They became one of the most important bands and labels in the movement.

But Cappo dug into deeper spirituality and mysticism. He journeyed to India at age 22 and found himself in an ashram, a religious monastic community originating in East Asia. He dove into the spiritual culture, receiving the name Raghunath and experiencing what he calls a rebirth.

In 1991, he started a new hardcore band, the Hindu-oriented Shelter, which combined punk rock intensity with spirituality and chanting. He continued to travel to ashrams around the world and was a monk for over six years.

“As a child of the ’90s, I specifically recall being called to the music of Shelter and Youth of Today becoming a mantra for the teenage counter-culture desperate for spiritual depth and meaning to the music we so loved,” said Katie Ribsam, the owner of Yoga Bohemia and partner owner of Radiant Heart Yoga School.

“Decades later, Raghunath is still finding his way to open the hearts and the minds of individuals to help them live deeply fulfilling and connected lives. He is doing this through his love of yoga. As punk and having lived in ashrams for many years, Raghunath continues to revolutionize the western yoga world with a voice that speaks to both the devoted and the counter-culture, empowering people to go inside, dig deep and transform through movement, through sound, and love. Personally, I could not be more thrilled to have Raghu here, offering our community a dose of inspiration from this living example of a spiritual guide to thousands.”

Cappo became a teacher himself. No longer a monk, he is married with five children. He co-founded Supersoul Yoga and Farm, a yoga and spirituality school in upstate New York with his wife. In 2015, he released the kirtan album Krishna Kirtan: Music as Meditation.

“I do travel a lot. I spend two months in India every year, and I teach in Europe. But I try not to be on the road too much of the year because I have a wife and a family. When I’m on longer trips, I try to take my family with me,” said Cappo.

On his upcoming pilgrimage, he will be taking his 12-year-old son.

All of his children are homeschooled now so he can give them the kind of childhood he wished he had – “something other than the typical suburban junior high torment.”

His style of teaching is based on practical applications of teaching.

“When I was a monk, it was so simple. I could keep everything I owned in a box,” he explained. “But I’ve taught yoga in Beverly Hills and the Upper West Side of Manhattan. It’s how we apply the philosophies to live.”

This will be his first time working with Ribsam or Yoga Bohemia, but not his first trip to LBI. When he lived in New York City and was a full-time musician, his publicist’s family had a house on the Island. He remembers escaping the city and being in awe of the Island.

“It was just incredible. I actually love the entire New Jersey Shore,” he admitted.

Recently, he did a basic training immersion weekend and “flight school” (inversion pose instruction) at Ohana Rising, a yoga studio in Ocean Grove.

“I think the beach and the ocean can be healing. I feel that. Before anyone tries to heal, even natural healing, I would recommend they go to the beach. Put your feet in the sand, walk into the water. There’s so much power in that.”

The day will begin with Cappo leading an asana, which is quite literally the physical aspect of yoga. From there, he will get into the Bhakti immersion.

“Raghunath is truly one of a kind. He teaches with passion and from the heart. He has a magical way of giving everyone an option because he knows how powerful the practice is. Beginner yogis to advanced yogis will have something to learn. Cappo incorporates his devotion to the Bhakti tradition in class, leaving you uplifted and cared for. As a student and teacher of yoga, I am so excited to have him visit us here on the Island,” added Taylor Gilbert, a Yoga Bohemia teacher and student.

Cappo’s approach is far more than the physical part of yoga. It includes workshops on Bhakti philosophy and stories of the Vedas (religious texts originating in ancient India).

“It’s different than what you’re going to get at your local gym. We’re going to be pushing out to the edge of our comfort zones,” he explains, as so much of his teachings are spiritual.

While yoga is known for all-around physical health and long-term healing of injuries, its teachings involve letting go of the negativity that we carry with us.

“It’s almost like this emotional helmet of pain that we all wear through our lives. This enriches our lives by letting go of that pain,” Cappo said.

That will all be followed by a sunset kirtan on the bay, free, and all are encouraged to attend. Raghunath Cappo and Madurai Pura Dasa will lead the community drum circle and kirtan featuring Rock & Ram Kirtan Band.

A kirtan is, in essence, a form of musical storytelling that involves a call-and-response style song or chant.