The packaging was pretty—shiny purple foil wrapped around a double dark chocolate cookie. I stepped forward to reach for it.

“PROTEIN COOKIE,” the label screamed upon closer inspection. I withdrew my hand, and a friend shopping alongside me reacted appropriately: 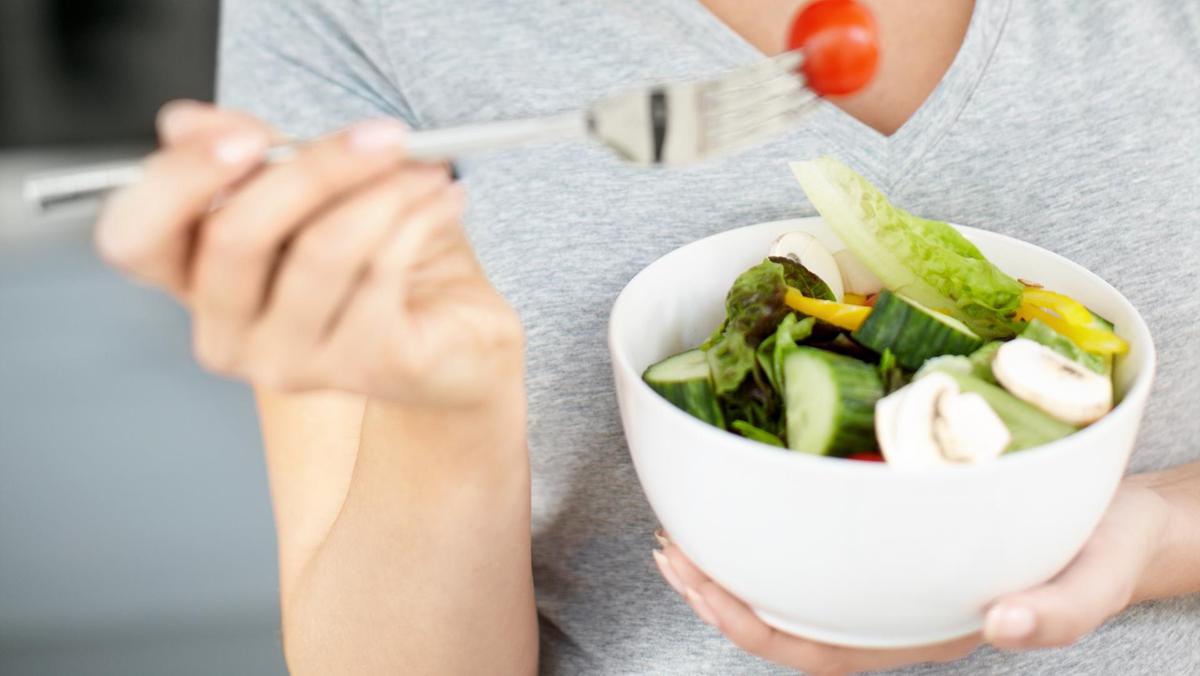 “Calm down, and you’re just a cookie,” he said.

If you’re a packaged food and you wanted to sit at the cool kids’ table in 2019, you’d better be jam-packed with protein. And you’d better wear it like a badge of honor, too. It’s an undeniable selling point, obvious from any stroll down a grocery store aisle. There are cookies, snack bars, and smoothie mixes. It’s printed on clear plastic containers of salad. Buy “protein greens” or “textured vegetable protein” (sold as TVP® by Bob’s Red Mill). Do you want clean protein? Builder’s protein? Cinnamon horchata protein? Cold brew coffee with collagen protein? Cheerios with protein?

It’s dizzying. You’d think the protein craze is a concerted push to solve a culture-wide protein deficiency problem—only there isn’t one. Most Americans eat double what the average person needs (the recommended amount is 0.36 grams per pound of body weight). Since at least the 1980s, Americans have gotten more than 15% of their daily calories (pdf) from protein, according to the US Centers for Disease Control and Prevention (CDC). Health experts have suggested that, for the average person, that proportion should be closer to 10%.

This obsession with protein is not only unnecessary. It’s unhealthy because it sets consumers and citizens up for confusion. Instead of focusing on what’s important—portion control and total calorie intake—people are led to believe they need to understand how to balance complex nutritional compounds.

There are three macronutrients in our diet—fat, carbohydrates, and protein—and in the last several decades, each one has experienced fad-like status and a fall from grace in the face of evolving nutrition science. Behind each downfall is the same knowledge gap: Humans don’t understand macronutrients all that well, not when they are isolated from real food and studied independently.

Nutrition science is a notoriously difficult field. As one health professor at Stanford University put in in a 2005 paper that appeared in the journal PLOS Medicine, “Almost every single nutrient imaginable has peer-reviewed publications associating it with almost any outcome.”

In the 1970s, scientific evidence led some nutrition experts to encourage people to move away from fat-laden foods and shift more caloric intake to carbohydrates such as bread and potatoes. As we know now, that didn’t stop Americans from getting bigger. Three-quarters of the American population is overweight or obese, according to the United States Centers for Disease Control and Prevention.“Fat is not the problem,” Harvard University nutrition professor Walter Willett told the Los Angeles Times in 2010. “If Americans could eliminate sugary beverages, potatoes, white bread, pasta, white rice, and sugary snacks, we would wipe out almost all the problems we have with weight and diabetes and other metabolic diseases.”
So people recoiled from carbs.

And the cycle continues. We collectively watch as macronutrients climb aboard the merry-go-round of popularity, only to tumble off as new nutrition science—a lot of it inconclusive and difficult to decipher—become public, and people clumsily work to incorporate that new knowledge into their diets. The disorienting messaging had led to poor nutritional choices (consider how we doubled down on carbohydrates when fat lost its luster). Meanwhile, food marketers have consistently taken full advantage of the cycle.

We work ourselves into a rhythm of confusion. Right now, fats and carbs are out, and protein is in. But for how long?
The science around protein hasn’t always been so sunny. In the 1980s, ingesting large amounts of the macronutrient was connected to kidney problems, according to several studies. Over time, though, other researchers came up with conflicting results, quelling a backlash against the protein.